As we all know, Dinosaurs are preeeetty old – millions of years old! We’re going to tell you a bit more about the Mesozoic Era and some freaky dinos So buckle up!

During Mesozoic era dinosaurs reigned over every corner of the Earth’s surface (for 180 million years)! These prehistoric titans evolved to fit nearly every habitat and niche under the sun. The results were some of the most amazing creatures to ever walk the Earth, with LOADS of unique shapes and body types that would never be seen again.

The T Rex might be king of the dinosaurs, but here are 10 of the most unusual, bizarre, and downright weird dinosaurs to have roamed the planet:

Discovered in 1991 in Argentina, Amargasaurus was a sauropod (walked on four legs, long neck, and long tail). However, this dinosaur was smaller than the more well-known sauropods such as Brachiosarus, maxing out at around 35 feet long.

What makes Amargasaurus so awesome is that it was the punk rock dinosaur, complete with Mohawk. Actually, technically it had two rows of spines that grew out of it’s neck, back and tail, but it looks like a Mohawk. We’re still wondering why in the 26 years since it’s discovery it hasn’t been in a movie yet.

Possibly one of the most absurd creatures to ever walk the Earth, Incisivosaurus is a buck-toothed dinosaur that lived 128 million years ago. This bird-like dinosaur is unique for its bizarre teeth, a rare quality in animals outside of mammals. Think of Zazu from the Lion King, but with buck teeth!

Amazingly, their strange physiology helped reveal some major secrets about another type of dinosaur, the Oviraptor. It was believed Oviraptors may have been birds who had simply lost their ability to fly, but it was later discovered Incisivosaurus had actually been an early ancestor to the Oviraptors, disproving the theory they came from birds.

The necks of these dinosaurs accounted for half of their total body length, so it’s no surprise that alongside the Sauroposeidon, they had longer necks than any creature to ever exist. It’s estimated that they weighed over 60,000 pounds, supplemented by a plant-based diet. Their teeth were shaped like spatulas, which allowed them to consume leaves in large quantities. However, despite their incredibly long necks, these dinosaurs actually preferred low-hanging vegetation. Their necks did not have great flexibility, and their horizontal posture forced them to choose lower plants. Their total body length measured around 115 feet in length, while the brontosaurus (with big celeb energy) was only 72 feet long.

Dilong was a very small Tyrannasauroid, maxing out at about 6 feet long from nose to tail. It was about two feet tall and had feathers on its tail. Its name means “Emperor Dragon”

The Pliosaur was a marine reptile that haunted the oceans throughout the late Jurassic period. The wacky beast had a short neck, huge jaw and a massive skeleton – 8 feet of which accounted for just its head! It is considered one of the most powerful killing machines of its age.

Kosmoceratops lived during the late Cretaceous period and had a total of 15 fancy horns upon their head. It’s a pretty recent discovery; it was found in Utah in 2006 and only two have been found so far. It was in fact, a relative of the less fancy Triceratops. Kosmoceratops is the luxury edition of Ceratopsia.

Over 100 million years ago, the Nigersauras was an elephant-sized animal that lived in what is now West Africa. The herbivore had the most amazing teeth – ten rows and a mouth literally shaped like a shovel – which scientists assume was used to “vacuum” up its meals. The dinosaur’s discovery has prompted some scientists to reassess their ideas about how other herbivores consumed their food.

Oryctodromeus was a burrowing dinosaur – it dug its own holes to live in. Fossils of three Oryctodromeus were found at the bottom of a six and a half foot burrow, which means that not only did they dig, they lived in the little homes they dug; they didn’t just dig for food.

Discovered in China, the Microraptor Gui sparked debates among scientists about whether dinosaurs evolved into birds. The small creature had four separate wings for flying, which led some scientists to argue that–since there is currently no evidence of a four-winged bird ever existing–the theory that dinosaurs grew wings over time is false.

The Linhenykus didn’t have any sort of hand on its little nubby arms. It just had one finger with a stubby claw. There is a tiny bone in the hand next to the first claw, but it isn’t big enough to be a finger on its own. So it’s a one fingered, tiny dinosaur. It was so small a fully grown one could’ve stood in the palm of the hand.

Do your kids want to see Dinosaurs live in action? Are you looking for things to do in London with kids? Come join us at Dinosaur World London Live for a fun day out with the kids in London. Book your tickets now for the best Dinosaur show London! The show will be playing at Troubadour Wembley Park Theatre Thu 18 Jul – Sun 1 Sep – book your tickets here: https://dinosaurworldlive.com/tickets/ 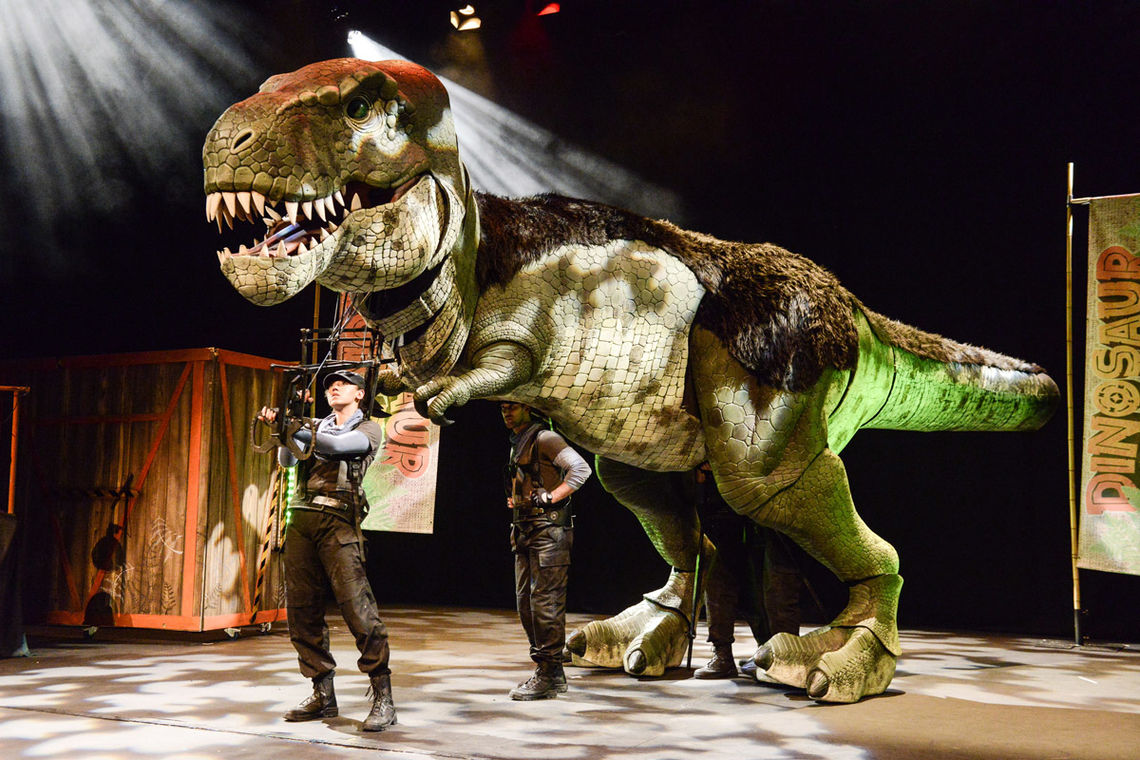