If your family is dinosaur mad, why not plan a dinosaur day out? International Dinosaur Day may not be until June, but there are plenty of things to do in Warwick all year round that relate to dinosaurs. Whatever the weather, here are some suggestions for how to have a roarsome day.

In February 2023, Dinosaur World Live is coming to the Warwick Arts Centre. This stunning production uses clever puppetry to introduce the whole family to pre-historic favourites such as T-Rex and Triceratops, as well as lesser-known dinosaurs like Microraptor and Giraffatitan. Join Miranda, who grew up with these creatures as pals, and help her feed and groom them. You’ll even get chance to practise your roars when the gigantic T-Rex appears!

Warwick Arts Centre is one of the places to visit in Warwick in 2023 if you love dinosaurs. As well as playing host to the production of Dinosaur World Live, it’s also home to two giant dinosaur sculptures, named The Good and The Bad. Resembling children’s model dinosaur kits, this loveable yet clumsy duo is made of corten steel and was designed by brothers Jake and Dinos Chapman. The sculptures are part of an art and history trail on the University of Warwick campus, and can be viewed until August 2023.

A trip to the Market Hall Museum in the heart of Warwick gives you the chance to see some real dinosaur bones, which were found at the nearby Cross Hands Quarry. Around 170 million years ago, when warm shallow seas covered Warwickshire, the carcass of a carnivorous dinosaur was washed up on a subtropical beach. The skeleton was preserved in limestone until, in the early 1960s, scapula, hip and leg bones were discovered. The dinosaur, called Cruxicheiros, is named after the quarry where it was found.

Do dinosaurs at home

Discovering the dinosaurs all around Warwick can be tiring, so why not wind down your dinosaur day at home with a few crafts? Baking cookies is always a favourite activity with kids, so why not get some dinosaur shaped cutters and make edible brachiosaurs and tyrannosaurs? After all, a biscuit and a glass of milk are the perfect pre-bedtime treat!

Or let little ones have some quiet time with dinosaur colouring or stickers, then round off the day with a few favourite stories featuring pre-historic creatures. Dinosaur Roar! is a classic picture book for pre-schoolers, while Julia Donaldson’s The Dinosaur’s Diary is great tale for slightly older children.

However you choose to spend your family dinosaur day, don’t miss Dinosaur World Live, which plays at the Arts Centre from 25-26 February. It’s one of the best things to do in Warwick during half term week, and at 50 minutes long with no interval, is ideal for kids aged three and up. Book your tickets today! 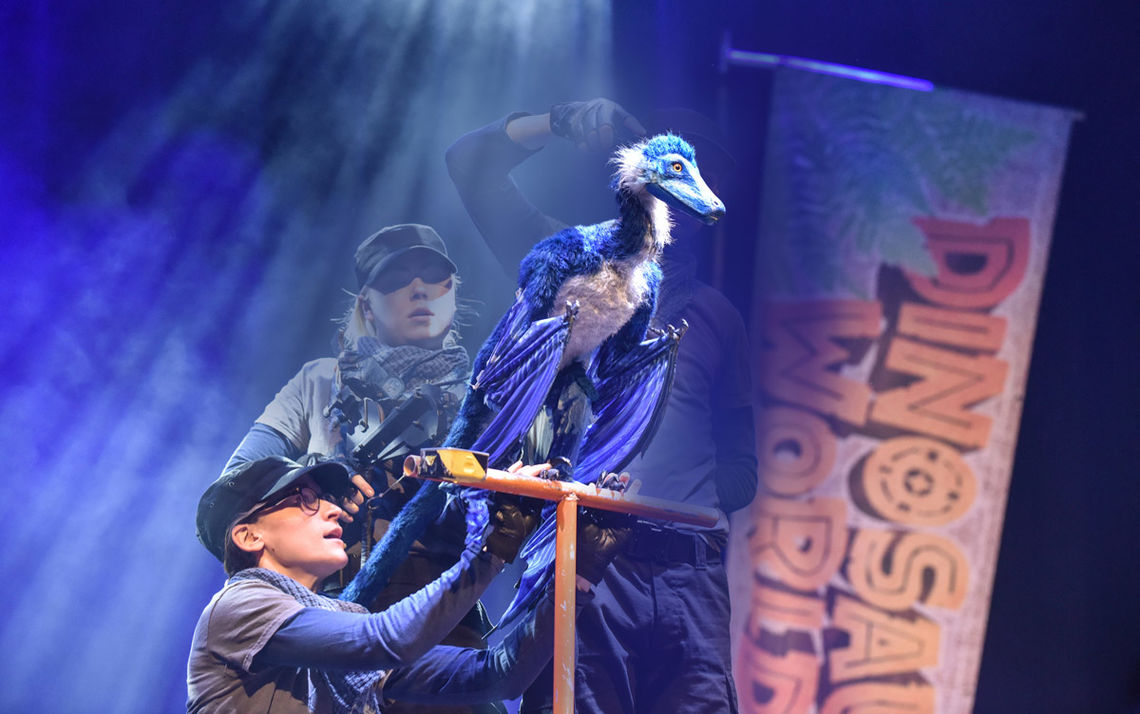