Families looking for fun days out in Blackpool shouldn’t miss Dinosaur World Live, playing at The Grand Theatre on 8-9 November. With stunning puppetry, it tells the story of Miranda, who has grown up on a faraway island surrounded by dinosaurs. Meet all her friends from the fearsome T-Rex to the gigantic Giraffatitan.

Giraffatitan is not a particularly famous dinosaur, but there’s no doubt that it was one of the most impressive. Often forgotten in favour of beasts like Brachiosaurus, this gigantic creature lived in the late Jurassic period and – you guessed it – gets its name from the similarities in appearance that have been drawn to modern-day giraffes. Let’s learn a little bit more about this remarkable reptile.

Fossil specimens of Giraffatitan have been found in the African nation of Tanzania. It was one of the tallest sauropods (large, plant-eating dinosaurs with long necks), with an unusually long neck, which enabled it to hold its head some 12 metres above ground. It also had longer front legs than back legs, giving it the best possible structure for reaching the highest treetops.

What scientists know about Giraffatitan has been pieced together from relatively few skeletons, all of which were only recovered in part. German scientist Werner Janensch first described the sauropod in 1914 after he discovered skulls, limb bones, vertebrae and teeth between 1909 and 1912.

Experts estimate that if Giraffatitan had been cold-blooded, like modern-day reptiles, it would have taken 100 years for it to reach full size. So it’s most likely to have been warm-blooded, growing to maturity in 10 years. It would have had to eat a huge amount of food to meet its energy demands, consuming up to 182kg of vegetation per day.

Like other sauropods, such as Brachiosaurus, Giraffatitan had chisel-shaped front teeth, but no back teeth for chewing its food. It would therefore have swallowed clumps of leaves whole.

The location of Giraffatitan’s nostrils has been a subject of debate among scientists. Some thought that they were placed at the top of the head, and acted like a snorkel while the creature was submerged in water. This theory has since been dismissed, and current thinking is that they were placed close to the tip of the dinosaur’s snout.

The Berlin Natural History Museum has a famous Giraffatitan, which stands at 13.27 metres tall and is the tallest mounted dinosaur skeleton in the world. It has been affectionately named Oskar by visitors, and is made from real bones that were uncovered in an expedition at Tendaguru in Tanzania.

Of course, you can also come to see a Giraffatitan closer to home, at Dinosaur World Live. One of the best Blackpool attractions of the season, this fantastic show is suitable for children aged three and up. So if you’re looking for fun things to do in Blackpool for the whole family, book your tickets today. 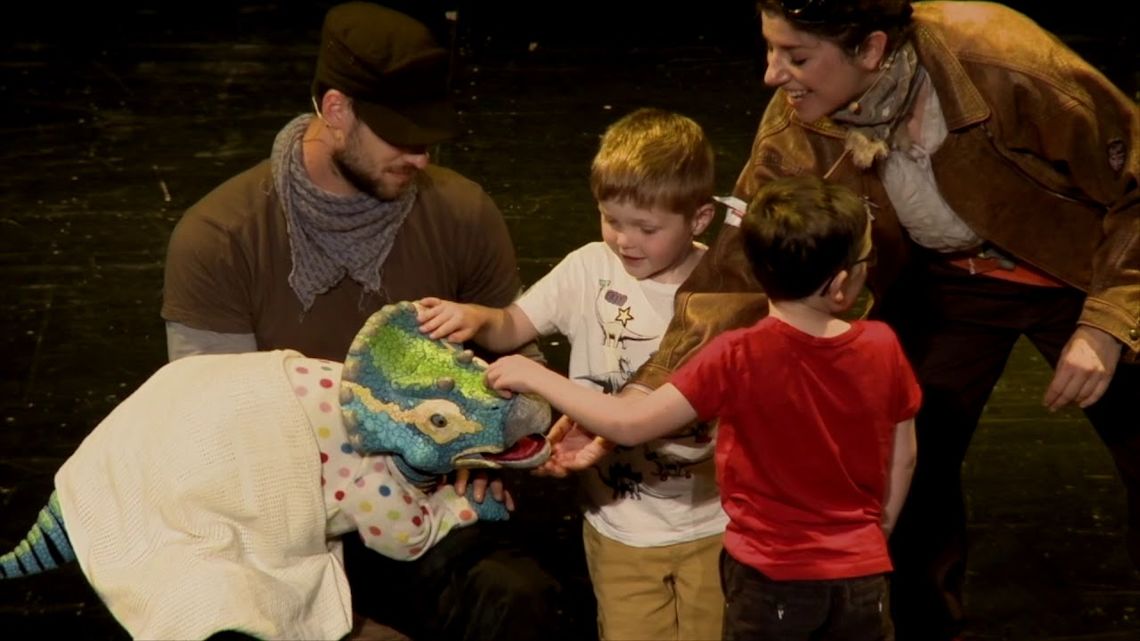