***Our show has now ended at The Alban Arena , please check our events page for your next closest show. We will be at London Regent’s Park throughout summer so come and experience our London Dinosaur show then.***

Looking for a kids day out in St Albans this Easter holiday? Find out more about the show Dinosaur World Live in St Albans and book your tickets now!

The dinosaurs are ROARING into The Alban Arena from Mon 9 – Tue 10 April. With tickets from only £14, it’s the perfect Easter treat for any dino-mad kid!

An amazing discovery was made just this week on the Isle of Skye, when researchers unearthed 50 new dinosaurs tracks on the island – with some dino footprints being as big as car tyres!

Plaeontologists (like Miranda) believe these are from dinosaurs that roamed the island during the Middle Jurassic. The research team working on the Isle of Skye first discovered dinosaur tracks on the island in 2015, but these new discoveries suggest that two very different dinosaurs were sharing the same space!

Hundreds of footprints were found in 2015, almost all from enormous, long-necked, plant-eating dinosaurs known as sauropods, just like Gertrude. But the newly discovered site at ‘Brothers’ Point’, reveals that these Gertrude like reptiles were sharing their spot with another, very Titus like dinosaur: a meat-eater. The research team found three-toed footprints made by  meat-eating dinosaurs, “Kind of a primitive cousin of a T-Rex,” said Brusatte.

Mapping the site with drones and other camera equipment revealed about 50 dinosaur prints at the site in total, including what appears to be two lines of tracks.

“[These prints] were made in a shallow lagoon – dinosaurs walking in very shallow water,”said Dr Stephen Brusatte, a palaeontologist and co-author of the study from the University of Edinburgh. This would be around 170 million years ago, when the Isle of Skye was part of a smaller much hotter island, far closer to the equator, and full of tropical beaches and lagoons.

Looks like Tamora and Gertrude once shared the same watering hole! 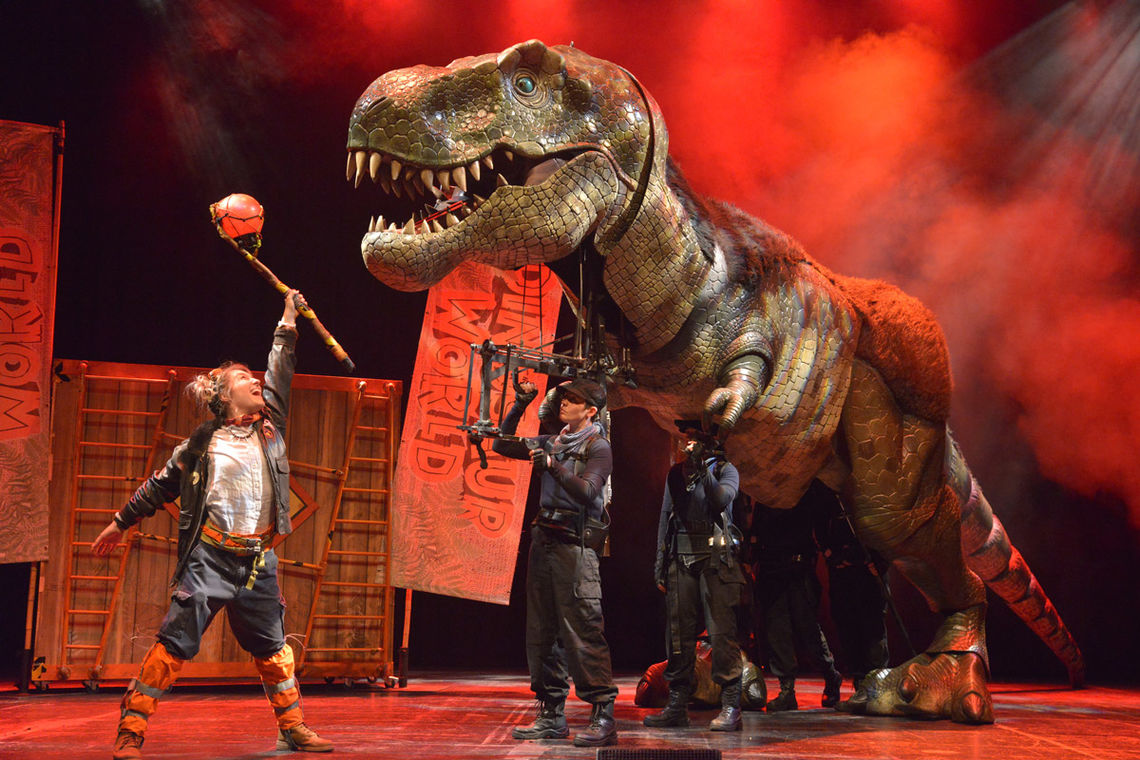