NEW DINOSAUR DISCOVERIES OVER THE PAST FIVE YEARS

Dinosaurs went extinct about 65 million years ago at the end of the Cretaceous Period, after living on Earth for about 165 million years. Humans, in comparison, have lived on the planet for around six million years. Just get your head around that for a second. So isn’t it incredible that we’re still learning about these prehistoric beasts today? Many new discoveries have been made over the past five years, so let’s check out some of the best.

A new dinosaur species recently discovered in Argentina, Guemesia Ochoai, could be the close relative of the ancestors of an armless group of dinosaurs, which roamed the southern hemisphere over 70 million years ago. Guemesia Ochoai was a species of abelisaurid, a clade of carnivores which roamed what is now Africa, South America and India. The skull that was found offers a unique insight into an area which has very few abelisaurid fossils, and provides new information about a part of the world where dinosaurs were very different from those in other parts of Argentina. Interestingly, abelisaurid dinosaurs had front limbs that were even shorter than those of the famous T-rex, and were able to take down massive prey without the use of arms by relying on their powerful heads and jaws. Now that’s impressive.

As the ‘king of the tyrant lizards’ the T-rex was much feared. But multiple studies published in 2020 and 2021 have revealed that this dino species would dominate an entire environment, changing roles with age. According to reports, young T-rex dinosaurs who hadn’t reached full power would hunt small prey that would usually be gobbled up by other species of carnivore. A teenage growth spurt would then turn these meat eaters into huge, bone crushing predators with the strongest bite of any land animal. This meant that a single species could hunt down a whole variety of prey within a single environment.

Dinosaur experts known as palaeontologists have known for decades that dinosaurs lived within the Arctic Circle. But whether or not those dinosaurs stayed year-round or thrived in such cold conditions has been a difficult question to answer. A set of embryonic and very young dinosaurs uncovered from Alaska’s North Slope helped to solve this debate. Palaeontologists found tiny bones and teeth from embryonic and hatchling dinosaurs that lived in the Cretaceous Arctic, environments that would have experienced several months of cold and darkness each year. The finds indicate that dinosaurs were nesting and raising their young in this place, which shows just how adaptable dinosaurs were to different climates.

If you love dinosaurs and are looking for family days out in Newbury, don’t miss Dinosaur World Live. This spectacular show uses fabulous puppetry to bring life-like dinosaurs to the big stage and is easily one of the most fun things to do in Newbury. Book your tickets today to join in the fun. 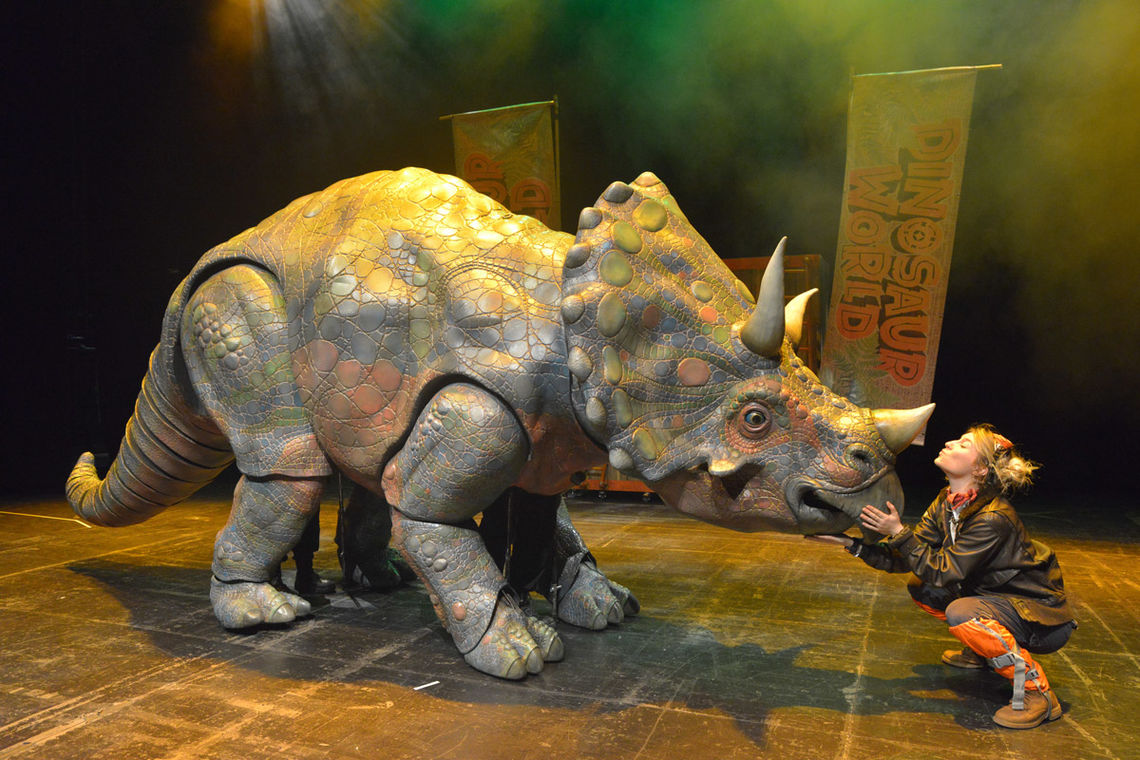