Things you didn’t know about Stegosaurus

If you’re looking for activities in Portsmouth to keep the kids entertained this November, don’t miss Dinosaur World Live at the New Theatre Royal. With stunning puppetry, it introduces you to favourites such as T-Rex and Triceratops, as well as lesser-known dinos like Microraptor and Giraffatitan.

Stegosaurus is one of the more famous dinosaurs, but how much do you know about this gentle beast aside from the fact it had plates on its back and ate plants? Here are some interesting things you probably don’t know about Stegosaurus.

Stegosaurus had a surprisingly small brain (about the size of a lime) given its overall size. At four tons, this dinosaur wasn’t small, so why the tiny brain? Well, it only had to be smart enough to find food, reproduce and avoid predators, which doesn’t require large amounts of intelligence, so its brain never needed to grow much larger.

Stegosaurus got its nutrition by eating hundreds of kilos of plants each day. Its preferred food was vegetation such as ferns and cycads, but in order to digest all that plant matter, it intentionally swallowed small rocks, which helped to mash everything up in its stomach.

Stegosaurus may have been lacking in the brain department, but it did have one evolutionary advantage over some of its fellow plant-eaters. The shape and arrangement of its teeth suggests that Stegosaurus was one of the first dinosaurs to evolve cheeks. Cheeks enabled it to chew and predigest its food before swallowing, meaning it could consume greater amounts of food.

In a percentage of Stegosaurus fossils that have been discovered, the tail spikes have broken tips that have then re-healed. This suggests they used their tails to defend themselves. In one Allosaurus vertebra, scientists found an unusual hole which they attributed to an entanglement with a Stegosaurus’ tail.

Many predators kill their prey by biting through the jugular, a large vein in the neck. Stegosaurus evolved an ingenious defence against this: it had circular pieces of bone embedded in the skin of the throat to protect it from attack.

T-Rex wasn’t the only dinosaur with little front legs. Stegosaurus shared this trait, but to a much lesser extent. Its short forelimbs led scientists to originally believe that it walked on two legs, just like T-Rex, but modern thought is that it plodded about on four legs and could possibly rear up on its hindlimbs to reach food or ward off a hungry predator.

Scientists have established that Stegosaurus’ plates stood upright, but nobody really knows what they were for. Theories have included use as protection for the spine, or to regulate body heat.

If you’re dinosaur-mad and looking for things to do in Portsmouth don’t miss Dinosaur World Live, one of the best Portsmouth attractions this November. Book your tickets today. 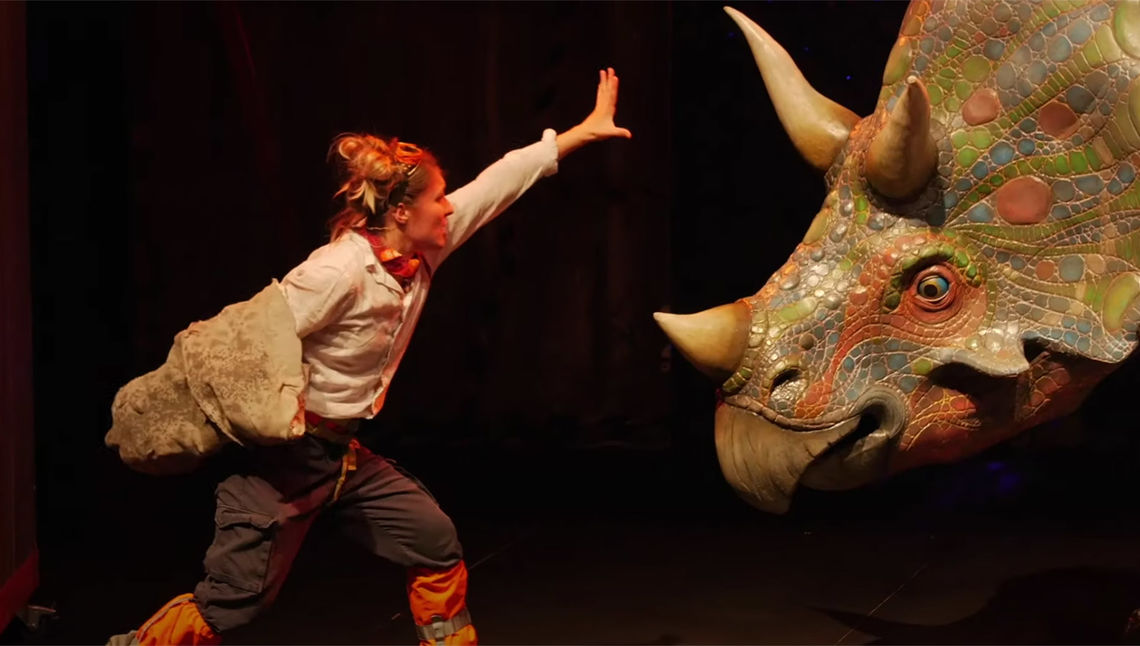